The new Hyper Power head is the most accurate in the game. It adds range and speed to the elite shooter, and makes them dangerous from anywhere on the field. Leveraging this idea for the launch campaign, a trippy dreamscape of visuals were created to hypnotize opponents and lull them into a false sense of security.

One of the biggest components of the campaign was the launch video to announce the release. Using the idea that elite shooters are the apex predators of the lacrosse field, the Hyper Power elevates their natural abilities even further. With their prolific skills on full display, our two PLL athletes sense a target, stealthily encircle, and attack. Speed, quickness, and a sense of overwhelming are meant to feel like you’re watching a warped nature documentary.

Hypnotic video backgrounds, clickable targets reminiscent of a shooting gallery, a cursor-following eye, spinning scroll animations and overlapping css transitions all pay off the surreal, trippy nature of the concept 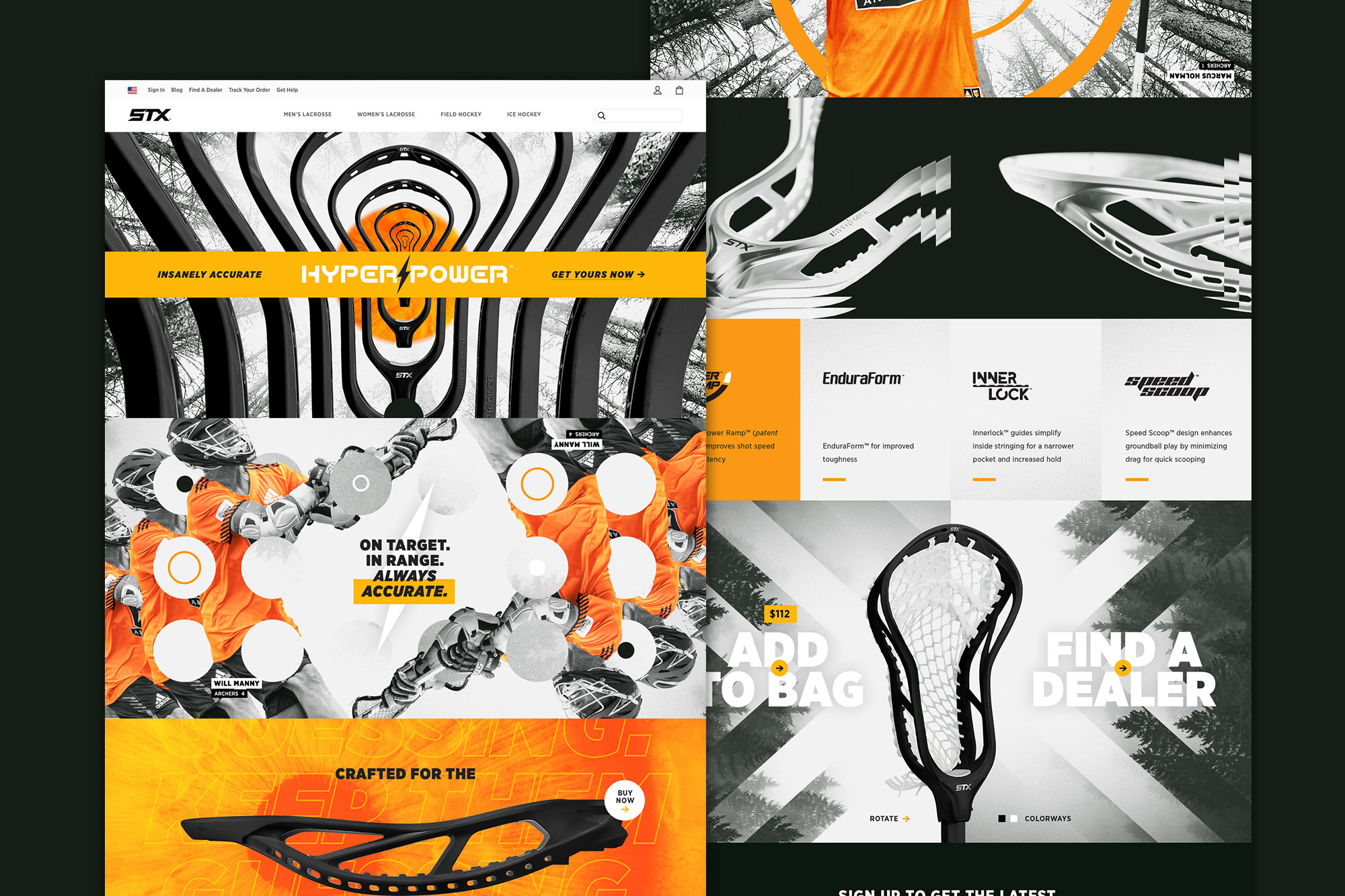 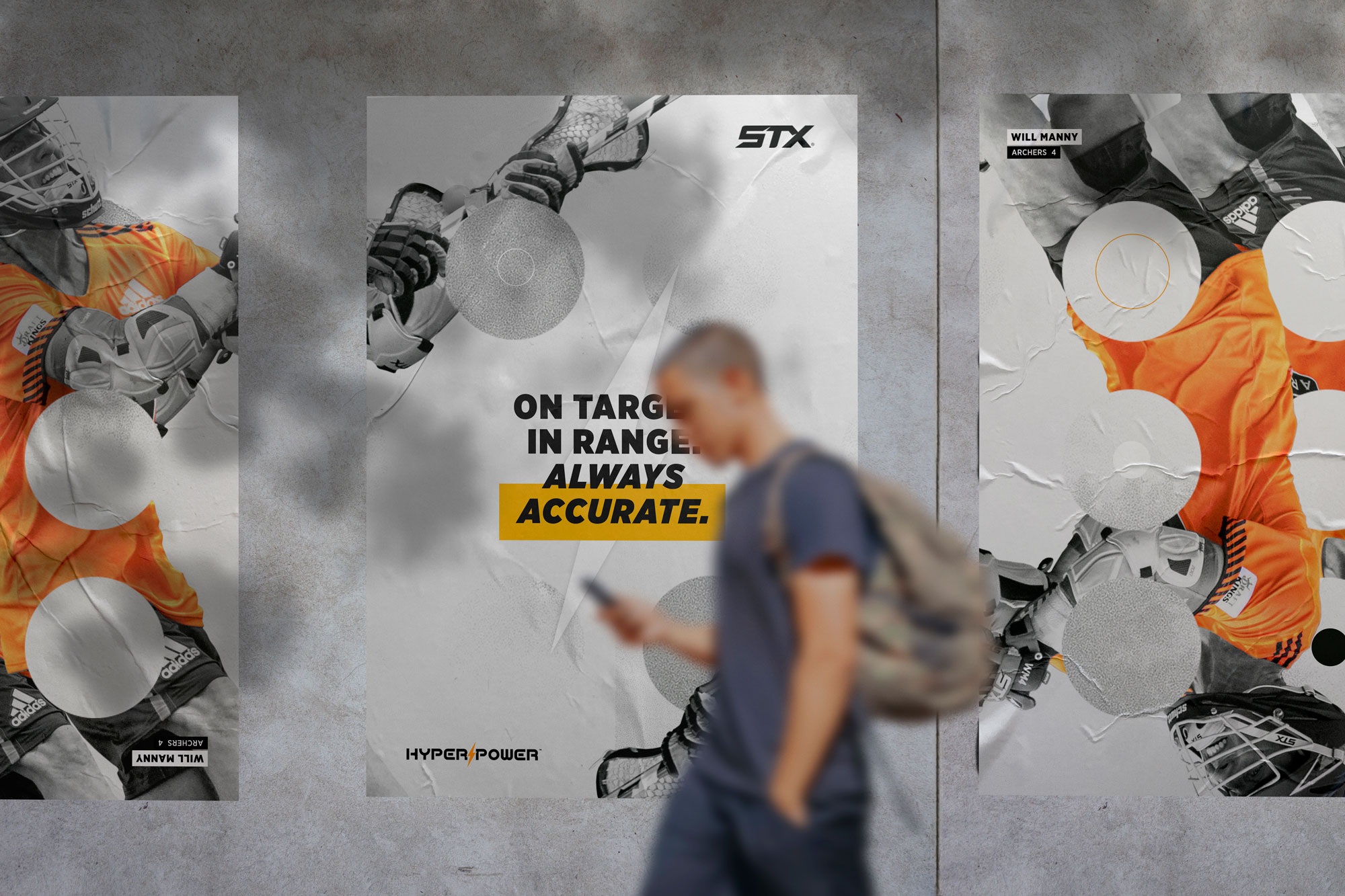 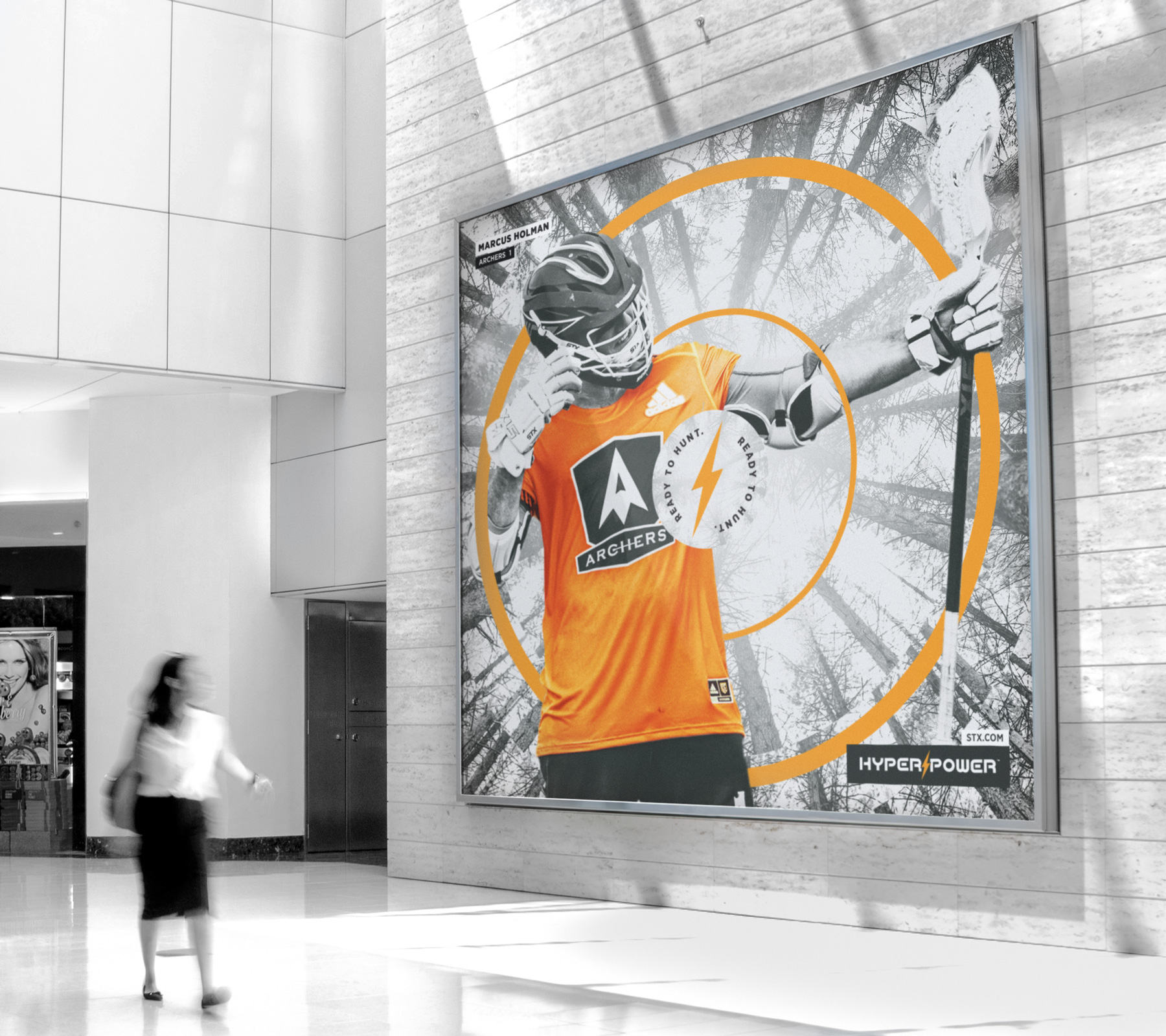